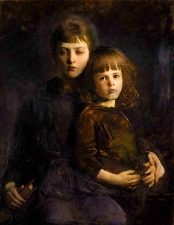 Help us build the Center on Sibling Dynamics™
to explore and enhance sibling relationships. Donate today

Let it Out – facilitated discussion groups

We will pilot two types of closed, facilitated discussion groups for adults:

Dates and times to be announced.

More Fun with Sisters and Brothers – “teaches 4 to 8 year-old children the key social and emotional competencies that research has shown are critical for fun, friendly and low-conflict sibling interactions.”

Sibling Leadership Network – “provides siblings of individuals with disabilities the information, support and tools to advocate with their brothers and sisters and to promote the issues important to them and their entire families.”

While sibling storylines abound in film and television, we are curating a list of films that veer away from conventional representations and delve more deeply into sibling dynamics.

Film
Tell Me Who I Am. Directed by Ed Perkins. 2019. Netflix. An excellent documentary illustrating the importance of trust between siblings along with the power of love to heal adversity, as they reckon with their sexually abusive childhoods.

The Prince of Tides. Directed by Barbra Streisand. 1991. Columbia Pictures, Barwood Films, Longfellow Pictures. (Marketed as a romance, the subtext is of a troubled man who speaks with his sister’s psychiatrist after his sister’s suicide attempt. It illustrates the impact siblings have on our lives.)

The Willoughbys. Directed by Kris Pearn. 2020. Netflix Animation. Based on the book by Lois Lowry. (A flawed film – due to the reckless treatment of children running through traffic – it centers around four siblings who go to great lengths to remain together.)